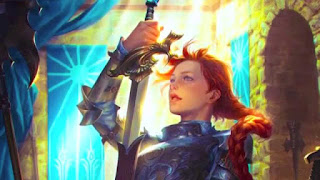 The Cabal is pushing ahead with its lockdowns and, as announced during March on this blog, they are also using the military now to enforce it.

Energetically speaking, the last weeks were marked by fierce battles between the Light Force and the Dark Ones on the higher planes. The Dark Ones have energetically attacked various Goddess Vortices in Europe with exotic weapons.

During this time interval there was a physical earthquake between West Turkey and the Greek Island of Samos, which resulted in a tsunami that hit the coast, not far from the ruins of the ancient city of Ephesus:

With the House of the Virgin Mary very close by: 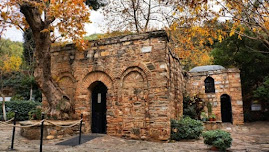 At the same time there were also several terrorist attacks in Europe, more precisely in France (with a woman beheaded in a church in Nice) and in the city centre of Vienna (near a synagogue). Moreover, inside a Jesuit church in Bavaria, Germany, a statue of the Virgin Mary was also decapitated (and a face mask was added!):

From a physical point of view, the Cabal wants to create divisions between Christians and Muslims in Europe (in America between Republicans and Democrats / worldwide between corona believers and mask deniers), they want push through laws for even more surveillance:

And they want to get soldiers on the streets just right before the lockdowns take into effect. 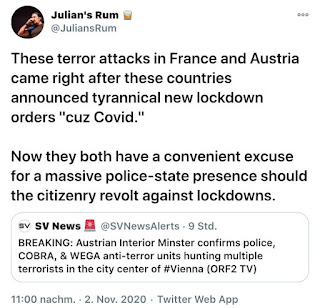 But from a higher perspective the main goal is to disturb the planetary Vortices and Ley Lines... because, well, it is still a game of Ley Lines.

Many of these lines are located in large cities, especially in the government districts, and what the Cabal fears are (peaceful) marches of the awakened population along these lines (such as in Berlin, Germany, a few months ago), since this has a massive impact on the collective consciousness of the planet.

This is also a reason why they want to ban gatherings and lock up people at home. But of course this is a balancing act, as we now have protests in almost every city worldwide.

For this reason, the Dark Ones also try to capture protest movements by putting fake leaders in front of them (some are actually occupied by Reptilians). The aim is to turn such gatherings, if the police have not already disbanded them, into a stalling or fun event that wakes people up but does not have the necessary impact on the planetary grid. There are also attempts to get such events out of cities, away from the Ley Lines.

However, a march of an awakened and resisting population creates a vortex of energy along the Ley Lines that enters the planetary grid and affects people around the world. So happened again recently in Germany, this time in the city of Leipzig, where people broke out of the police blockade and marched peacefully through the city centre. 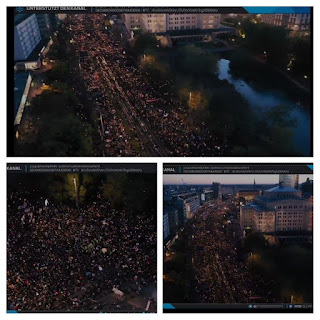 Such a march had already taken place in 1989, after which the Berlin Wall fell.

So, as a countermeasure against leading fake protesters, the Light Forces have currently sent high-ranking members of the Galactic Confederation to the surface, who have actually entered human avatars at this very moment (via walk ins), in order to guide the surface resistance into the right direction and to wake up even more people, because it is extremely important right now.

The Dark Ones are trying to make a connection back to the old Nazi timeline of World War II, trying to reinstall the fascist regime of that time in this timeline by using the pandemic.

They use the exact same patterns, just the naming has changed: Burning Books is now Internet Censorship, Authorization Act of 1933 is now Infection Protection Act, Aryan Identity Card is now Immunity Certificate … and what the Jews were then, the masked refusers are today. 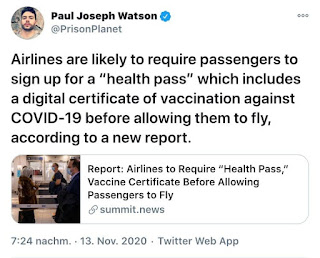 Even the buildings look the same, if one compares, for example, the Reichstag in Nuremberg with the planned new building in Berlin ... 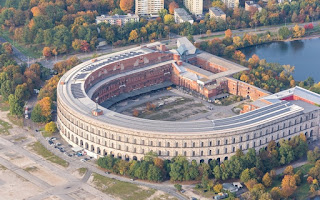 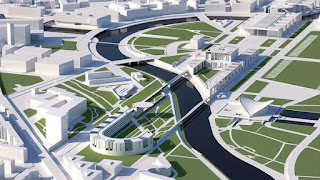 Through mass testing, they can also create a DNA database of the entire population this time.

I already wrote in the summer that the fight against this Nazi Cabal faction is raging, whereby one must consider that in the last instance negative occult forces are behind it, both then and now, so-called Black Magicians.

All the politicians or philanthropists who are currently promoting this totalitarian system are just talking dolls, remote-controlled robots, and this is not only meant symbolically. In fact, many current leaders are completely empty in their minds, when they stand in front of the people. 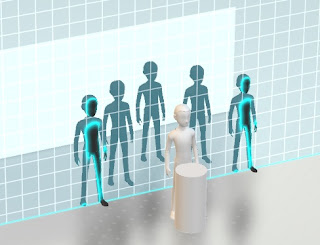 They say what needs to be said (they basically channel their Dark Overlords), then they crawl back into their homes, and some of them even go underground from there, into their Cabal shelters. This way the Cabal can carry out these brutal measures without hesitation. The real puppet masters are not even on the surface ... partly not even in the physical world.

However, the Light Forces are currently taking action against this fraction, and also many Starseeds on the surface are involved on the astral planes during night. So if any readers are involved in fierce battles during the night and believe that they just dreamed it all... I can say, no, you were probably involved in an astral operation. 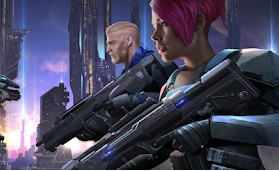 The Light Forces also keep saying that no matter how chaotic it may be outside, as a Starseed you should trust that you are protected to a certain degree. According to my information, Starseeds will not be “forced” to receive a COVID-19 vaccination.

Also, one shouldn't get too involved in this Pro Trump / Anti Trump debate, it only dissipates the energies that would be more important for other things, for example for mass meditations.

One meditation is already taking place today especially for Germany, to prevent the biggest government intervention in the basic rights of the population since 1933:

https://transinformation.net/grosse-meditation-fuer-deutschland-am-dienstag-den-17-november-um-21-uhr/  (Translate to English with DeepL or Chrome)

A further meditation to stabilize the timeline takes place on December 21st:

It will also be important to keep an eye on the USA with meditations, because as soon as the election winner is determined, even greater chaos will break out there.

It will also be important to stay in its centre and then help the other people who cannot grasp what is happening here, especially when the matrix finally collapses.

All of these seemingly negative scenarios have only one reason and that is that the time of the Dark Dominion has passed. And these turbulences somehow also must happen because too many people are still in deep sleep.

But we are not alone in this; our allies are much closer to us than many believe, or maybe many have forgotten … 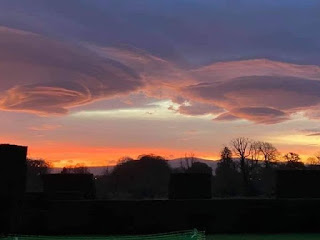