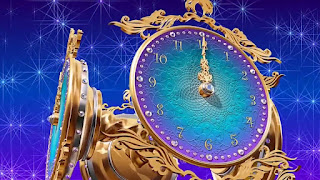 The mass meditations that have been taking place over the last 2 months have had a consistently positive effect on the Planetary Ascension Process.
These weather radar images were made on the day of the mass protests in Vienna last month, showing thick cloud cover over Central Europe, mapping a border right along the northern main ridge of the Alps. Vienna was basically cut out that day because the energy of the people and the installed Light Pillars had an effect on the water molecules in that area and thus also on the cloud formation over the city.

The Cabal wanted to use Austria (as they already did in WW1 and WW2) to trigger another fascist timeline in Europe. However, the meditation to protect the protests in Vienna may now have had a reverse effect on their plans (although there were two more attempts to implement this timeline on the ethereal planes after that event).

A few days after the meditations and protests, several government politicians, including the chancellor, resigned from their positions or left politics entirely. The Cabal had to take this step to reduce the pressure on the government:

The mass protests in Central Europe are now increasing, as resistance is also building in Germany. This resistance is different now from the movement in 2020, as this one is more like a real grassroots movement, organized in a decentralized manner and so harder to control for the Cabal.

But of course, one must also keep in mind that the Dark Ones had taken protests into account and will try to escalate them to eventually impose martial law. The various military task forces have already been installed in many countries during the pandemic, ready to take over in an emergency, if the situation gets worse:

The next stage would be a corresponding Black Swan event in form of brownouts, blackouts and hacker attacks, which in further consequence are expected to lead to major loss of power supply and collapse of supply chains. Rumors are currently growing that such a scenario is planned for Central Europe in the first half of 2022.

This scenario is also becoming more likely as the narrative of the pandemic continues to crumble. 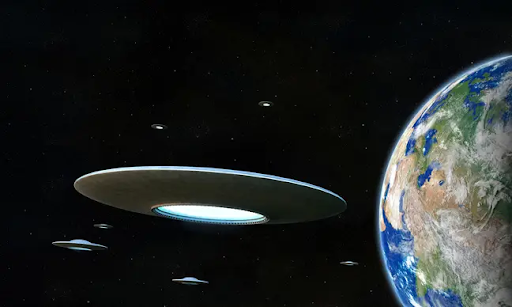 To what extent this can be implemented, we will see. I have already written in 2020, that the pandemic serves as a planetary isolation tool, as we move towards the ascension with Light Forces operating extremely close to the surface. That's why the majority of the Cabal has retreated underground:

Governments around the world are increasingly in a quandary. On the one hand, they must continue to implement the orders of the Cabal; on the other hand, they are becoming more and more afraid of the awakening population.

Hopes currently rest on the United States, where we expect further steps against the Deep State soon. The Light Forces are in intensive contact with parts of the U.S. Navy, but I cannot say more about it at this moment, except that we are on the Golden Ascension timeline, and the Dark Ones are doing everything the can to let this timeline drift into the dark, or to replace it with their negative NWO timeline. Therefore, it is important to continue to hold the Golden Timeline, no matter what further obstacles might be thrown in the way. 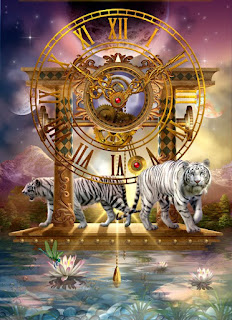 The Cabal are becoming more and more aggressive in the process, but also more and more desperate because time is running out for them. So, the task for surface Starseeds/Light Warriors is to hang in there and finish the job.

Meanwhile the Light Forces are continuing to free trapped Souls from the hands of the Dark Ones, especially from the Reptilians. More on this perhaps in a later update.

To conclude this short report, here is an inspiring (and currently also still risky) speech regarding the awakening process and disclosure:

As well as an interesting news item:

As a response to a question in the comments section...

Jesus Christ is currently NOT incarnated on Earth. The Soul behind the figure of Christ currently lives on another planet, supports the Ascension of Earth from this location and is also in contact with the fleet of the Galactic Confederation. However, Jesus has split off tiny parts of his Soul and given them into incarnated Starseeds here on Earth so that they have a better connection to him and the Light Forces. That's why many of the Starseeds on the surface believe they are an incarnation of Christ. The same is also true for Mary Magdalene or Mother Mary.