The operations of the Light Forces regarding the stabilization of the Ascension Timeline are in full swing. As of now, the effects of the negative COVID timeline have been contained to the extent that the Cabal's general compulsory vaccination plans in the anchor point of Central Europe have been put to a stop for the time being:

This shows that public awareness, resistance on the streets and energetic operations/meditations do have a positive effect. Nevertheless, it is now important not to rest on this success, but rather to use it to push further, in anticipation that the Cabal could make new attempts in the autumn.

Of course, there are still some problem areas, for example China, which has completely sealed off the city of Shanghai due to the country's draconian COVID policy. A humanitarian catastrophe is currently taking place there, which is why it is advised to include the city in Mass Mediations:

And of course, all crises and war zones around the world should be constantly covered in Light, like Ukraine, where the Light Forces removed an etheric spider being that had formed over Eastern Europe a couple of weeks ago. 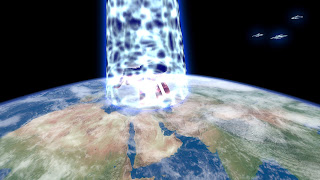 Regarding Ukraine, there is so much misinformation, distorted facts, propaganda as well as hate and incitement currently going on that the Light Forces suggest that it is better to stay away from mainstream media, social media and internet discussions for the time being. Keeping a rough overview of things and, if necessary, joining Mass Meditations (in case of dramatic escalations and false flags) is enough.

Instead, the Light Forces suggest that surface incarnated Starseeds and Lightworkers should concentrate on creating a small Island of Light for themselves in their own living area.

It doesn't matter whether it's a house, an apartment or just a small room. It is advised to clean it physically as well as energetically and to align it according to Sacred Geometry or Feng Shui. The rooms should be kept minimalistic, but this is not mandatory. Plants and crystals can help to raise the vibration in the rooms. 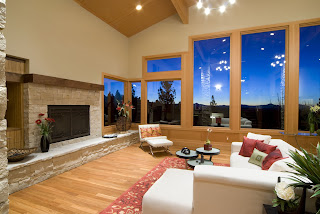 Those who can should create a small garden and plant fruits and vegetables there, even if it is only on a balcony.

There are millions of Starseeds and Lightworkers on the planet. If many of them do this, these Islands of Light will help stabilize the Grid of Light around the planet. In addition, these rooms could eventually also be used as contact places later on.

It is also advised to drink clean water to purify the body and prepare for the massive increase in energy. The acquisition of a water purification filter or a reverse osmosis system would be a good idea here.

It is also advisable to cleanse the water energetically before drinking and to charge it with positive energy. The same applies to food, where even a simple prayer is enough to bring about positive effects on the ethereal levels:

There is also a call to take so-called digital time-outs from time to time, i.e. to put away mobile phones, computers and tablets and instead seek contact with nature. 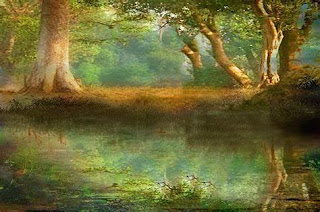 The Light Forces would also like to point out that although the chaos in the world seems to be becoming more and more unbearable, the Liberation of Earth is going according to plan.

I was instructed to share two things in this regard:

First, the Goddess of the Rose was energetically freed out of the hands from the Cabal. She is also a High Priestess of the Rose, but she is  more than that, she is a real incarnated Goddess ... she is THE Goddess of the Rose, which also acts independent of the earthly sisterhood and stands for the energy of the Rose, an incredibly Divine Love Energy. She was also incarnated in Atlantis back then, but got captured by the Dark Ones. After her liberation, she incarnated directly into a physical body again and now walks here on the surface. She lives undercover, but is protected by the Pleiadian Lightships as well as powerful Angelic Beings. Her presence alone will scatter the much-needed Energy of the Rose into the energy field of planet Earth. Furthermore, the Pleiadian High King was also liberated and incarnated into a physical body living here on Earth. He was one of the High Kings of Atlantis at the time and was also captured when the Dark Ones invaded. In his present body, he is a direct descendant of the Grail lineage, thus a direct descendant of Jesus Christ and Mary Magdalene. He now lives here undercover too and must fulfill tasks which have to remain secret. 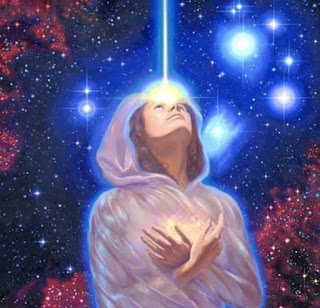 The Light Forces would also like to recommend this meditation to all those who feel guided. It helps to cleanse the chakras and connect with the Pleiadian energies as well as the Goddess:

As for information about our Cosmic History, I recommend the interviews with Ismael Perez. He is also a Starseed incarnated on Earth, but was also a victim of the Cabal. Nevertheless, his information is correct for the most part and may be of interest to some readers:

As for further updates, I can only post them if the Light Forces give me something, and given the increasingly tense situation, they are currently pretty careful about giving out information. That's why it's a good idea to focus on building the Islands of Light in your own 4 walls meanwhile.

Thanks for reading, and keep the Light up: