Effects of the Super Full Moon 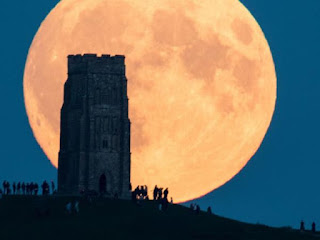 On the 19th of February 2019, a Super Full Moon occurred in the sign of Virgo. In combination with the Cosmic Portal Days, this constellation represented an extremely powerful energetic gate, at which time important events took place, especially on the non-physical plains. A certain (additional) positive group, deeply intertwined with the history of this planet, has been in the process of awakening for some time now and is starting to become active against the occupiers of the planet Earth, which in turn uses their occult powers during moon phases to maintain the status quo.

3 days before and 3 days after each full or new moon certain negative groupings associated with the fall of Atlantis are ritualizing on a regular basis, causing as much negativity and anomaly as possible within the Earth Quarantine. During this time, Lightworkers and Starseeds are increasingly exposed to energetic attacks, as this negative environment is an ideal hotbed for all kind of negative entities and demons, which subsequently seek to track, attack and / or occupy awakened souls on the surface of the earth. That's why it's so important to energetically protect and clean yourself during full or new moon.

In addition, several layers of a substance similar to the cosmic anomaly were placed around the planet to further prevent the Light Forces from penetrating, which in turn are positioned with their ships around the planet. Many Lightworkers around the world were also re-petrified or, as always, manipulated, so that they attack, defame or confuse each other through spreading misinformation.
The remaining negative occult forces on the planet have been instructed by their Dark Overlords to bring the planet completely into chaos, if it can not be held.

These groups are still protected by the Toplet Bombs, which are being successively removed by the Galactic Confederation. This process is taking so long, because it is a highly complex task that leaves absolutely no room for error. 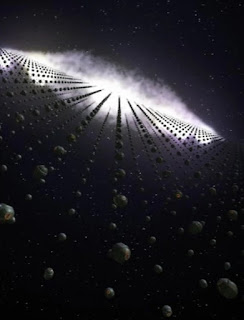 Basically, the planet earth resembles a (space) harbour that has been mined to a gigantic extent. The Light Forces have the technology to locate each of these mines, but the complexities are that all Toplet Bombs are interwoven and additionally protected by countless hidden mechanisms and booby traps. Only the slightest mistake in defusing would lead to disaster, so the Light Forces have to proceed with absolute precession and caution. 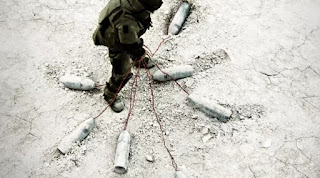 In a nutshell, Lightworkers and Starseeds should energetically protect themselves every day, but especially during the New Moon / Full Moon phases. The energy on these days can also be used well to perform positive wish rituals or candle rituals for oneself (for example, to manifest certain positive things in one's life, also on material level), or to organize group meditations, to attenuate the negative energies and instead anchor Energies of Light and Love on the planet.

One possibility would be to cover the earth in a Column of Light and clean it with the White Fire of AN, at all levels (physical, plasma, etheric, astral). Imagine that all negative entities and remaining anomalies are sucked into the Galactic Central Sun. Using a rainbow vortex to transform remaining contaminants is also a very good idea. Last but not least, visualize how the energies of the Cosmic Central Sun continue to be anchored on the planet and that the earth is protected from any ongoing attacks. 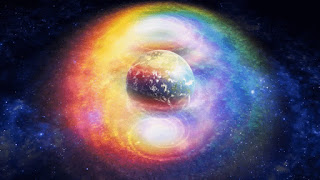 The Light Forces have also recently drawn attention to the region of India / Pakistan ... those who feel guided can meditate especially for this area (together with Venezuela) for purification, protection and healing.