This is the first entry on this blog, and hopefully a variety of others will follow. The purpose of this website is to provide the Starseeds incarnated on Planet Earth (Terra) with useful information to better cope with the harsh conditions, as long as the complete liberation and ascension of the planet has not been completed.

This information will come from sources incarnated on planet earth as well as from sources outside the earth's surface. A wide range of different topics will be covered; however, the focus of this first entry is especially on the current situation on the planet. 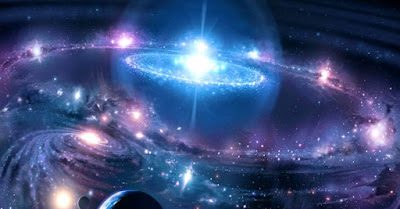 Many of you may have just joined the great lunar eclipse meditation that took place on January 21, 2019. Apart from what some people may say, this meditation was indeed a success for the Light Forces. There was almost an immediately positive change in the energie field of the planet that many light souls could notice. Furthermore it helped to trigger certain positve operations!

So, how can it be that so many Starseeds on the planet are in such a low condition and are seemingly struggling with their lives as bad, or even worse, as it was before the meditation?

Well, not long after the meditation there was, as always, a counterattack from the Dark Forces, which are still holding this planet in hostage. These forces, of course, know about these meditations very well and respond to them accordingly by doing “their own kind of energy work”. The entire planet and, above all, the countless Lightworkers on it were energetically petrified. This was a defensive measure against the newly arriving light. From a clairvoyant's point of view, it looked like the entire earth was covered with a stone crust, looking like hardened lava covering a volcanic landscape.

This countermeasure had two goals: on the one hand to keep the Lightworkers on the surface weak and passive, and on the other hand to slow down the liberation process as much as possible. In addition, there were massive attacks on all Lightworkers worldwide by negative entities. The result is that people feel extremely bad, get energetically occupied, get triggered, get upset against each other, get passive, fall into depression, and so on. 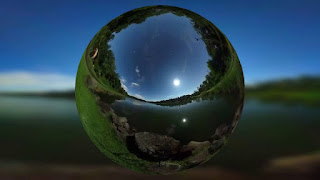 Therefore, it is of utmost importance to protect and clean yourself energetically, both before and especially after these kinds of meditations. Visualizing a mirror surface sphere is a good start to protect yourself on the higher plains. Cleaning and transformation tools like the Silver Violet Flame or the Fire of AN in combination with siphoning light columns are extremely powerful to get rid of adherent negative energies or entities.

By the help of these powerful tools, it is also possible to get rid of any petrification in the future. It can go tough at first, but if you stick to it, the crust will loosen and be sucked into the light, which will bring immediate relief.

There will be more information on these topics in the future. This first entry should just bring some clarity about what is going on from an energetically point of view. And it serves as a reminder for Lightworkers/Lightwarriors/Starseeds to be prepared for any kind of countermeasures after such important meditations.

As far as the cementation of the planet is concerned, Light Forces and certain capable people on the earth's surface are closely monitoring the situation and take care of it.