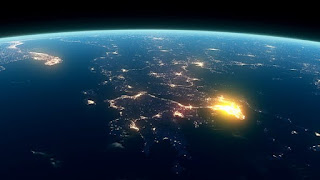 The coronavirus acts on the non-physical levels like a kind of black anomaly nebula, consisting of billions of tiny spider-like entities or nanoprobes. Nevertheless, it is important to remain calm and not to panic from the additional pushed media coverage controlled by the Cabal (Note: one can also make people sick just by persistently scaring them). 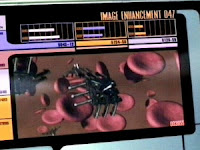 The whole thing is an attempt to kill several birds with one stone: reduce basic rights to a minimum, introduce mass vaccinations, chip population, trigger financial crash, abolish cash (because cash serves as carrier for viruses), introduce digital currency, install world government, etc. Looks like the Cabal has gone All In.

The LFs have their corresponding countermeasures for this. And the best physical protection against the virus is, as with any flu, primarily a good natural immune system, which can already be achieved by a healthy lifestyle (no cigarettes, no alcohol etc.), a nutritious diet (vegetarian; plant based even better) and adequate physical exercise.

There were also measures to harmonise the situation between Turkey and Syria. The Dark Ones are massively manipulating parts of the Turkish government, while in Idlib itself, a form of black obelisk is energetically rammed into the surface. Also here the LFs are taking care of. A operation was already started on the weekend and maybe we already see the first positive physical results here:

With regard to mass meditations, it is also always advisable to energetically cleanse the affected areas beforehand in order to remove such constructs, should one notice them during meditation, before starting the actual healing process (just like removing a skewer from the skin before applying an ointment).

It is also advisable to include the Greek-Turkey border area and the Greek Islands, just as the situation threatens to escalate due to the impending flow of refugees:

The Greek Islands are also directly connected to the Goddess, which is why the Dark Ones also like to see an negative escalation there:

High-ranking members of the LFs, who are in the service of the Goddess, also want to point out that there are some Starseeds on the surface that are exposed to extremely dark hypnosis. This hypnosis in combination with black magic turns them into slaves of demons and demonesses, who usually use a copy of the Avatar of the real Twinflame/Soulmate in order to deceive Starseeds and keep them bound to themselves.

These demons/demonesses then would energetically drain these Starseeds (also sexually), while the real Twinflames/Soulmates live separated from their real partners.

This all began in Atlantis, when the Twinflames/Soulmates were separated by the Dark Ones, and continued through all incarnations inside the Quarantine until the present.

This hypnosis and black magic can be broken during meditations.

During a meditation (whereby good protection is needed, since the Archons usually do everything possible to prevent this), one can visualize that oneself and/or all affected Starseeds are covered under a Pillar of Light, which erases all dark hypnosis and black magic, including all negative connections, cords, implants, curses, which are related to the demons/demonesses ... across all incarnations, time lines and dimensions.

Concerning the demons/demonesses, it would be advisable to imagine how they are captured by the LFs and transported away, or being sucked off directly into the CS by a Beam of Light.

Afterwards one can imagine that all stolen energy, including Soul Parts, will flow back to the affected Starseeds, who in turn wake up through this procedure and become complete and healed again.

Finally, image how they reunite with their true Soulmates and their Twinflames on the surface, on ships, at other beautiful places, depending on how it feels best at the moment.

You can do this meditation as often and as long as you want, the more often the better, because persistence always pays off, even if you have the Grid against you here … but not for long!