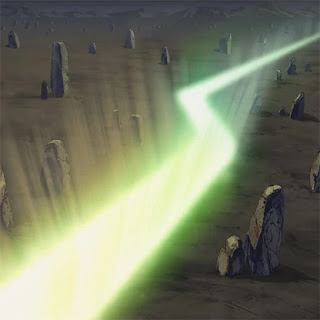 The battle for the ley lines is currently reaching a climax.

Since the past 4 to 6 weeks, ley lines and vortices especially in France, but also some other countries, were intensively cleansed and activated by the Light Forces, similar to the activation two years ago in Great Britain:

So, while in Britain the fake royal family is slowly disintegrating, in France there is a slight whiff of revolution and unruliness:

In the process of cleaning, some still active micro Archon portals were discovered and closed in some major cities.

There are also reports that Cabal underground facilities (where negative rituals are performed) can be found under large television towers (usually those that are part of a city's skyline or are considered landmarks). The resulting negative energy of these rituals is then pulled up through the tower and released into the surrounding area (and also reaches people's subconscious via TV). 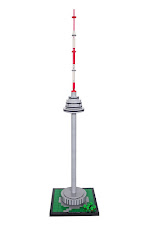 Along with cathedrals and castles, TV towers are thus another good target point for Light Columns and Cintamani Stones.

The player should have passed away on the pitch. However, it did not work out, because suddenly so many spectators, both in the stadium and at home, began to pray or to visualize positively, so his Soul went back into the body.

One can imagine now what it would do if this mass of people would pray or visualize for Planetary Liberation, prosperity, full disclosure etc.

There is also new information from the Pleiadians regarding vaccinations. Apart from the physical side effects and the transhumanism agenda coupled to total surveillance as well as a digital monetary system, another reason to vaccinate as many people as possible is (or was) the following:

Via the vaccine, a technology should be implemented to the surface population through which the Dark Ones can control people as well as trigger various emotions and feelings.

One must know the following: From the point of view of the Light Forces, beings inside the Earth quarantine are considered “contaminated" due to the contact with the Anomaly.

On an energetic level, the Anomaly appears like a sort of grey-to-black mist that permeates the quarantine and the people inside it. 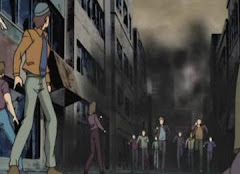 Some have more of it in them, some less, but all are contaminated to some degree:

Energetic view of Lightworkers/Starseeds who regularly cleanse themselves energetically and try to keep their vibration high: 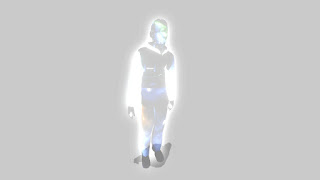 Energetic view of an average surface person (majority of the population): 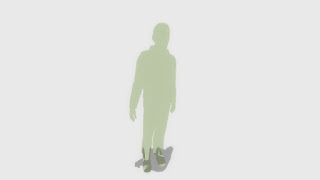 Energetic view of a heavily contaminated person or a person controlled by the Dark Ones: 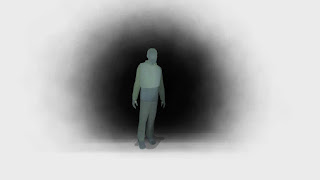 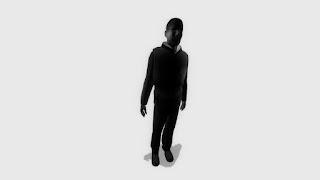 On the ships of the Galactic Confederation, on the other hand, there is no Anomaly at all, they are “clean”.

Everything there is in perfect harmony and balance, and so is the crew. Every crew member is physically in perfect health and psychologically in a state that some here on the surface most likely would describe as pure bliss.

So, a being that would be brought out of quarantine Earth to one of the Light Ships would carry a certain amount of Anomaly inside, and above all, also the wounds and traumas of the countless surface incarnations.

And since all entities on the ships are energetically and telepathically connected with each other, these brought in negative energies would then disturb the ship’s energetic balance. It would be then no longer "clean"; it would be "contaminated" too.

Therefore, beings that have suffered damage through Anomaly are usually first brought to isolation stations, which are energetically sealed off from the rest of the ship. Thus, the emotional wounds and traumas cannot affect the rest of the crew while the being is healed inside these stations. They are usually in a kind of tube, similar to medical beds, where they get completely scanned for Anomaly and implants, which are then get removed t immediately. Furthermore, medical problems as well as psychological wounds are solved and healed.

Once everything is restored to its original state (emotional balance, health) you can then leave the station again and make contact with the rest of the ship. 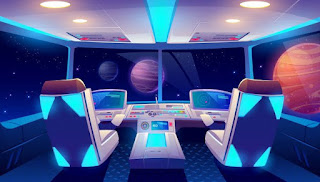 The Dark Ones' plan was to inject people with hidden technology that would allow them to trigger certain negative conditions, for example, to create pain in the body at the push of a button to such a degree that these emotions then would also affect the crew of a Light Ship despite isolation stations.

I am not a technical expert, but it was explained that this technology somehow works on the quantum level and location and distance wouldn't play a role. This means that if a vaccinated person leaves the Earth quarantine and is brought to the other end of the galaxy, he or she can still be triggered from there.

The Dark Ones want to make people "uncontactable” for the Light Force at any cost, like they have already tried by using toplet bombs installed on the body of the surface population (already mentioned on this blog). They see surface population as their cattle. And just as cattle gets branded for identification and ownership purposes, the Cabal wants their “human cattle" be branded via vaccination to make it clear that they own humans and to prevent them from leaving the planet.

However, it must be mentioned that the countermeasures of the Light Forces have also been going on for some time now and I am pretty sure that this plan will be also neutralized (if it is not already). The best thing would still be not to get vaccinated, of course.

Currently, there are also some major operations going on against the Chimera spider beings and their bases, and many surface incarnated Starseeds are participating, be it through meditation or astral operations:

Some report that even during meditation, they get massively attacked when they approach such a base. That’s because these facilities are also energetically heavily secured and defence measures are immediately triggered. That is why once again energetic protection is so important and also self-defence when being attacked during such an operation.

Meaning, don't get eaten up energetically or hit by exotic weapons, instead protect, fight back, shoot back. There are no limits to the imagination here, as in this case the support take place on higher plains and most Starseeds are trained for this.

Furthermore, in the last article the upcoming Cyber Polygon Event was mentioned as well as an impending internet outage. So, just in time, the number of recent hacker attacks and server outages involving major corporations is reaching new levels:

The impacts are getting closer and closer there. Whereas the UFO topic has basically gone mainstream and the narrative is at least so far now that there is a “technology” that we (the surface population) “don’t know” about: 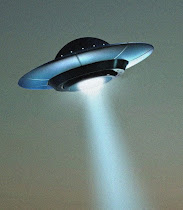 To conclude this update, just a few personal important notes:

- Under the name FM144 I write only on this blog here, nowhere else (including other forums and comment sections).

- I have no influence on it, if articles from this blog are shared without source reference or under a wrong name.

- This blog is also not an information channel of the so-called “Resistance Movement”, which does exist indeed, but any claims that this blog would be a new channel for them are false.

-  This blog is also not in contact with other blogs or has split off from there. Claims in this direction are also false.

- This blog mainly uses information sources that consist of Key Lightworkers who are clairvoyant, who can remember almost all past Earth incarnations back to Atlantis (and beyond), who are involved in surface operations and who are in contact with the Pleiadians and also the ships of the Galactic Confederation.

- Also note that there are still many disinformants and group infiltrators around who are easily get triggered on some topics and just start bashing. Until now, still no single Lightworker group or comment section is safe from this and infiltrations can still happen at a later time, even if members were checked in advance.

Therefore, I share again these protection protocols for Lightworker groups:

The protocol is indeed the ideal tool to instantly detect trolls and group infiltrators. An additional hint: watch out for people who really seem to have something to say on every single topic, seem to know everything and above all, present their opinion as the generally valid opinion. Profile names, photos and pages usually also give a lot of clues.

That would be the end of this update. Lately, there hasn't been a lot of information coming through. That's why the frequency of posts has gone down a bit, and I only give something out when I have something. However, in the near future, there should be a higher frequency in the updates again.

Thank you very much, and keep hanging in there. 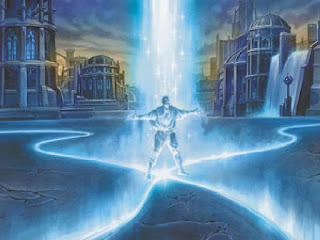 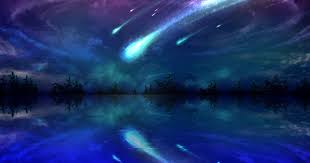