At the beginning of this update a short note about exotic weapons and their effects on the Soul:
The installations and weapons of the Dark Forces don’t just include Toblet Bombs on plasma level. Higher plains have also been mined and exotic weapons can damage the etheric and the astral body of Starseeds as well, and this has also an effect on soul level. 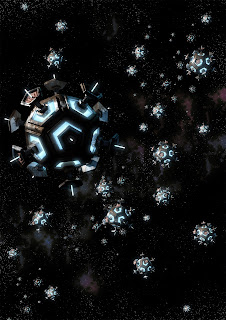 The Soul of most Starseeds of course exists on a multidimensional level and is gigantic in its complete form. However, most Souls have been fragmented by the traumatic experiences during the last millennia here on this planet. Some parts of the Soul were stolen and/or assimilated by the Dark Forces and have to be retrieved, which is part of the healing process around the Event. Triggering the exotic bombs would of course cause even more trauma and division of the Soul (this is meant by “tearing the Soul apart”). 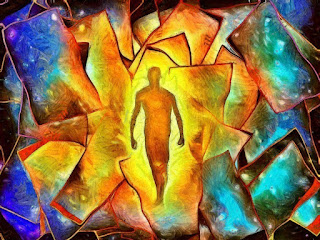 That was also the Chimera's plan, that if they couldn't hold the planet, they would just blow everything up and turn this place in the Universe into a dark energetic wasteland where the suffering it creates would last for millennia. Such a thing would not pass without a trace on Soul Level, just as the contact of the Dark Forces with the Anomaly has left its mark on their soul level, so some of them can only be healed by bringing them back into the Source for a “reboot”.

That is also the reason why the Galactic Confederation must proceed so cautiously, because that is exactly what must be avoided. And it will be avoided, because the Light Forces know exactly how to handle this issue and there will be no triggering of the bombs in the final phase. 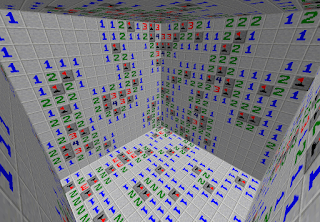 Ashtar Command in particular will take care of that. Starseeds may ask the AC internally/telepathically for help at any time. They will help one as they are here for exactly this reason. They care about their people and want to heal and regenerate them.  This is done very carefully and professionally. These are plans that have existed for a long time and are now being implemented. 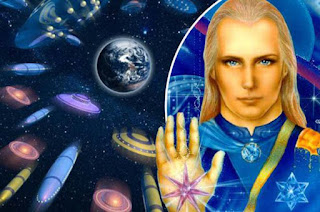 Now to the situation on the surface:

At the highest level, everything that is currently going on in the world is happening for only one reason: Suppression or Liberation of the Ley Lines and Goddess Vortices.

Of course, the Dark Ones are using the tools they have always used to supress the Goddess on Planet Terra (by pumping the Ley Lines with negative energies like fear, pain and hate to keep planetary vibrations low): Sword and Fire. 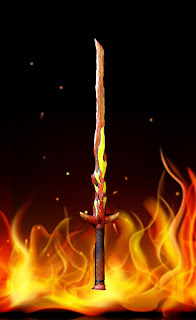 The purpose of the Christchurch shooting, apart from all religious and political incitements resulting from it on a physical level, was to ram an energetic black stake into the region, which, of course, affected the Earth's energy grid. Not necessary to mention that this stake has already been removed by the Light Forces.

As far as Notre Dame is concerned, it is probably obvious to every reader what was attempted here and enough information is already given out.

Sri Lanka was the worst hit. The attacks there had the purpose to burn a Black Pentagram into the energetic planes. In general, there is a lot going on in the area around the Bay of Bengal and the Light Forces are increasingly present to stabilize the situation.

And then of course there is the situation in Venezuela, which has already been mentioned on this blog:

https://fm144.blogspot.com/2019/03/situation-report-22032019.html
And where the same groups are romping who have already "pacified" the Middle East, much to the chagrin of the local Goddess Vortices there:

The main trigger of the recent events was an operation of the Light Forces along the St. Michael’s Ley Line.

Here the Light Forces have just liberated the Goddess Britannica and carried out further important operations, which will sooner or later lead to occupying Dark Forces having to disappear from the British Isles.

Objects blocking a Goddess Vortex, such as the St. Michael's Tower on top of the well known Glastonbury Tor (whose drop-shaped appearance not only by chance reminds of the figure of a Venus/Goddess) were energetically removed on the higher realms (because this Tower functions like an energetic dagger in the Goddess's Sacral Chakra). 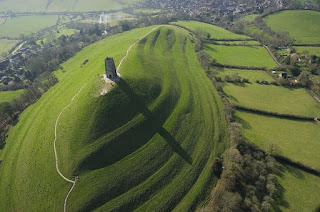 The cleaning of this important Ley Line triggered a panic reaction in the Dark Ones and led, for example, to the incident at Notre Dame.

From a higher perspective, it must be mentioned that the whole history of Planet Terra since the Fall of Atlantis seems to turn into a boomerang for them now.  Back in Atlantis they were the ones who invaded the planet and set the Temples of Light on fire. 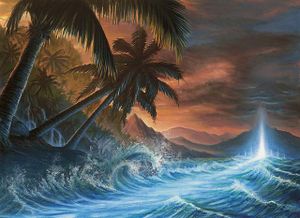 Now the Dark Ones are facing the Galactic Confederation who will sooner or later free the planet, that’s unavoidable. And now we have reached a point where their own Temples are burning down, even if they’re responsible for it themselves, because they wrongly believe they can maintain the status quo with these actions. 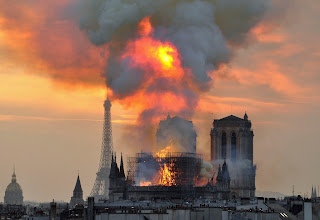 The Light Forces also communicate that the next 3 months are very important. They will be challenging and the world could get slightly chaotic, also on a personal level. Old pain will come up, especially with Starseeds who witnessed the Fall of Atlantis. Here it would be important to support each other, also via social media, if nothing else is possible. Yet within these 3 months and also after that the first Starseeds will raise inside golden light spheres above those conditions (Key Lightworkes will get brought out of chaos, out of hard times). 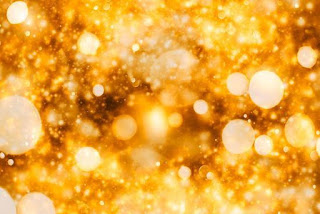 In the meantime clearing of the planet continues. More Dark Races emerge (ethereal Demons, Gargoyles, etc.). These beings of course continue to attack the Lightworkers stationed on the surface, especially women who serve the Goddess.

Therefore Starseeds should continue to call the Light Forces (the Felines, the Ashtar Command) for support and should protect themselves well. During the next 3 months the planet will be cleaned intensively. Many Starseeds will feel very tired and exhausted. They can also be extremely sensitive to noise. And of course there are stronger attacks against feminine energy right now. Those who are aware of the attacks must protect themselves energetically.

You can use the techniques provided here:

The newly incarnated Goddesses are just settling down and they are already beginning to spread gentleness through their voice, their being and their interactions with the people around them. 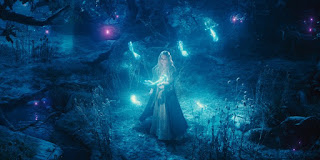 But they also have to get used to the harsh planetary circumstances and of course they are strongly attacked. Nevertheless, the Return of the Goddess is unstoppable and all Starseeds are called to continue the support of the worldwide healing of Planet Terra through resting, through silence, through their own healings as well as through the various planetary healings and meditations. In the meantime, the incarnated Goddesses will also liberate and heal the ethereal Goddesses of the planet, like the aforementioned Goddess Britannica.

This is also how the Terra was enslaved. The ethereal Goddesses were magically attacked, captured and locked away by the Dark Ones. Now they are gradually released again and are starting to make ethereal love with their beloved Gods and this will bring much needed healing to the Earth during these months.

All Starseeds are also called upon to consciously change their everyday life and their sexuality in a healing way by dealing with Tantra, Tantra Massages and Tantric Healing. 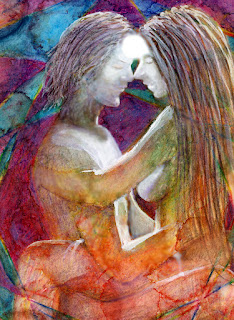 Women and men should also have their genitals energetically cleansed and healed (which can also be done inside the Light Temples of the Maries):

Also everyone is called upon to send Love and Healing to the Goddess Terra and to protect the environment: request environmental protection, don't throw garbage into nature, clean up garbage there if you see any, lovingly touch the Earth, the ground, the meadows, the forests, the leaves ... because Earth is alive and feels a lot of pain at the moment. 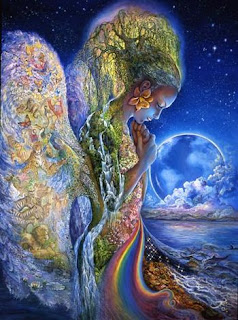 The Goddess also suggests adopting a diet based on plants. Goddesses live plant-based: fruits, salads, vegetables, fruit juices, potatoes, legumes, nuts, seeds, rice, pseudo-cereals, etc. This form of nutrition would reduce the suffering of the Earth significantly and also has an enormous positive effect on one's own health. Whoever has the opportunity, can grow plants at home in his garden (or, with a little creativity, even in his urban apartment). 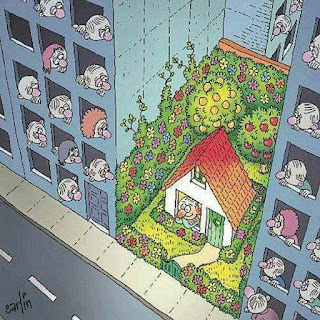 The Goddess also asks the Light Women to meet with their Sisters in sacred Light Circles. Also in white robes, if they want, especially at New and Full Moon, or whenever they feel like. There they can meditate together, do healings for the world, make music, heal each other, set up a plant-based buffet, etc.

There the Sisters can create a light-filled space of healing, reconciliation and for being there for each other (let the circles and meetings be well protected by Light Protection).The Goddess also calls for this to be integrated into everyday life: Women of Light need femininity among themselves, need a space where they can heal, help and comfort each other.
This is very important because many women are lonely and need healing. 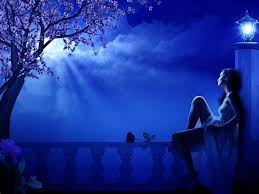 Therefore, Circles of Light and Sisterhoods have to be created, these are then also connected with the Maries already mentioned on this blog. All Light Women are called to activate the Goddess within them, to honour her and really to create these Feminine Spaces and Circles. 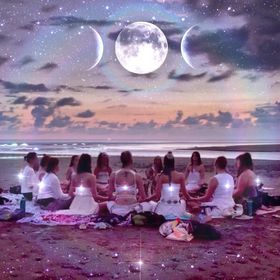 In addition, Starseeds worldwide, who own houses and estates in quiet, protected areas  and who wish to support the Goddess and to help the Goddesses incarnated here, can mentally declare this to the Lightforces/the Galactic Confederation.

As far as the Twin Flame topic is concerned, there will be a separate blog entry for this soon.