This Major Update will be divided into two parts. This First Part deals mainly with events that have taken place lately, especially on the non-physical planes on and around Planet Terra. The Second Part, published later, will point out the effects of these events on the planet and its population.

It is always important to note that the main struggle of the Liberation of the Planet does not take place on the physical plane, although, of course, a lot of things are happening there. The Light and Dark Forces have physically incarnated many of their people who are setting a lot of things materially in motion. The Chimera is incarnated in human bodies; Draconians, Reptilians and other entities as well... but the main part of them is located on the non-physical planes. This also applies to the Light Forces. The Pleiadians, for example, may not physically land on the Earth's Surface yet, but they can operate there non-physically.

The entry on this blog from March 11th was about a Major Event that took place recently: 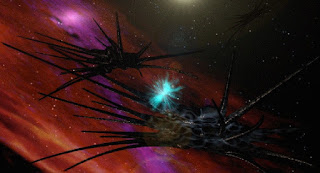 This event was a Major Confrontation between the Light Forces and the Chimera mainly on a non-physical level. The outcome of this confrontation caused a disruption in the command structure of the Dark Ones, which cannot be discussed in detail yet. Let’s just say certain orders from above no longer come as easily from top to bottom as they did before.

But this was not the only clash between Light and Dark Forces that took place lately. There was also a large cleaning inside the grid, removing negative forces that were more likely to act in the occult area and have recently caused major problems. These forces also contributed significantly to the fall of Atlantis and have already been mentioned on this blog to some extent:

It is also interesting to note that due to the fact that during past weeks there have been an enormous number of cleanings and operations of the Light Forces on a non-physical level, abnormal weather phenomena (especially in connection with vortices) have occurred around and after the March Equinox at certain energetically important places on the Earth's Surface:

As many already know, the Cosmic Central Race has arrived and is observing the Liberation Process of Terra at close range. But that’s not all. The Light Forces gave permission to introduce another race that recently arrived at Terra to support the Liberation.
The Felines: 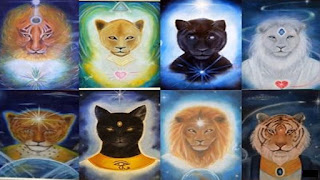 The Felines are a wildcat-like race of High Consciousness and pure Light and Love.  Nevertheless, these beings should not be underestimated, since they are also a Cosmic Elite Warrior Race, whose speciality is to hunt down Dark Ones and their companions. The Felines exist both on a physical and non-physical level. They can appear energetically in human form, but can turn into a wildcat at any time, for example into the form of a Black Panther when they switch to battle mode, as indicated in the Marvel Movies, although severely distorted of course. 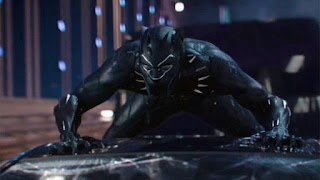 Like most Hollywood products, these movies are full of occult symbolism and brain-washing negative energies, so, if you really need to watch it, you'd better protect yourself energetically beforehand and then separate and cleanse yourself afterwards!)

The Felines can enter the grid non-physically to hunt down Dark Ones. They move between the plains in wildcat form and search for negative beings with their extremely well-developed senses. They are absolutely self-confident and do not feel fear in any way. From their point of view, it’s an absolute waste of time and energy to fear anything, and every divine being must be able to defend itself against any kind of negativity. The Felines are highly spiritual, calm, loving, and also very sexual. But they also know how to defend themselves as well as how to deal with Dark Ones. 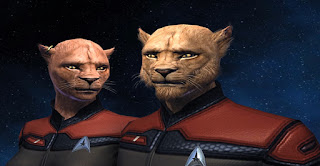 Once they detect negative beings, they literally hunt them down and shred them like wildcats would do with their prey in the wild. This is also the reason why the Archons are extremely afraid of them.

So, there is always someone out there who has more to offer than you! This is especially true for the Chimera and the Archons, which is why they have to hide behind Toplet Bombs. 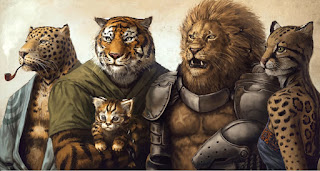 Felines can also incarnate physically on Earth’s Surface. One can recognize them by the fact that they like sporty clothes (women like to wear skin tight clothes). They do a lot of body training, maybe also Martial Arts, both men and women.

They also have a strong connection to Ancient Egypt, the positive part of it, of course, which is one of the reasons why there are so many cat symbolisms from that time.

Here is a short YT-Clip about the Felines, where it was confirmed by the Light Forces that especially the first 4 minutes are 100% accurate:

In addition to the Felines, other positive groups have also arrived, but these may be reported at a later date. The Dark Ones are also trying to order reinforcements from Space, as there are still a few negative residual powers hiding out there, some of which will follow the call, but that won't cause much trouble.

There has also been a third confrontation in the last few days, which is more about Negative Female Forces suppressing positive Goddess Energy on Terra, but this will be covered in Part II of this update.

Let’s just say this much, it has become much easier for the Light Forces now to perform certain operations on the Earth's Surface. Also the number of revelations and exposure of negative physical groups increases more and more, including the Black Nobility.

It has also become a lot safer for the Goddess Energy now to come back to Earth and bring urgently needed healing to torn humanity and Starseeds to prepare them for First Contact. This will happen via Goddess Walk-ins, but more about that in the second part of this Major Planetary Update, which will be about the Return of the Maries/Goddesses. 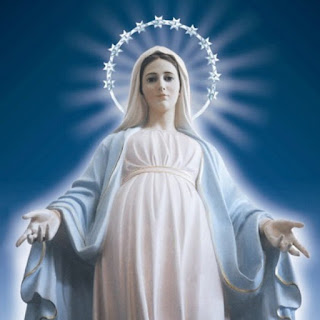 Let's finish this First Part with a corresponding video by TruthEarthOrg: